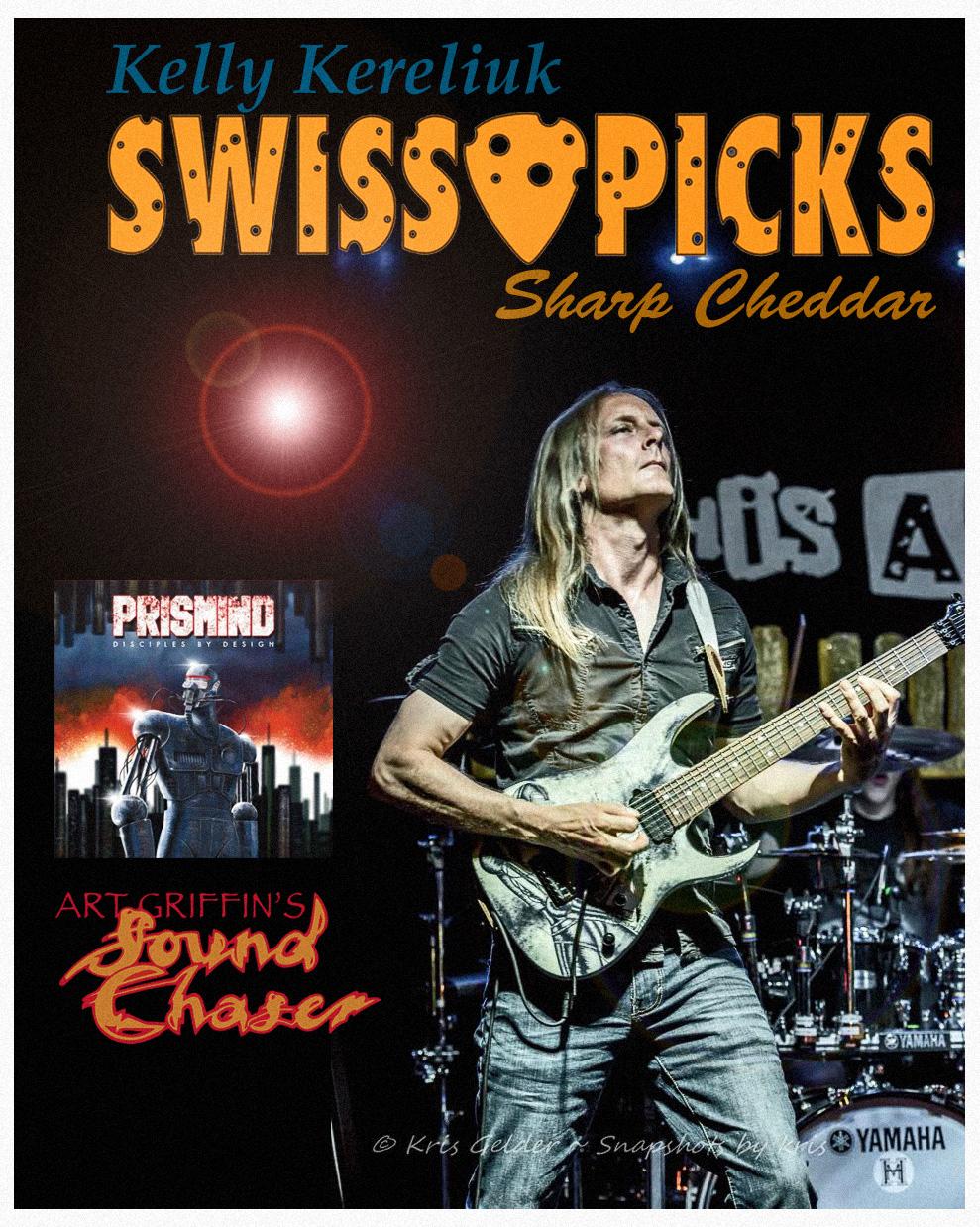 Endorsement News!! Kelly Kereliuk hails from Hamilton, Ontario Canada . Aside from a full teaching schedule, Kelly is the guitarist for Prismind, Sound Chaser, Negus (former SAGA drummer Steve Negus) as well as Symphinity, a project also featuring current and past members of All That Remains, Guns & Roses, Steel Panther, Trans Siberian Orchestra, along with Swiss Picks endorsee Rusty Cooley, and many others.

You can hear Kelly on the debut Prismind album “Disciples By Design”, Sound Chaser’s “Visions From The Present”, and as guest soloist on Phear’s “Insanitarium”, and the soon-to-be-released debut from Symphinity.

Kelly has found a home with a variety of the Sharp Cheddar series of picks, including the Jazz Mini’s